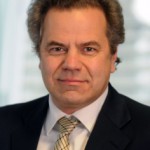 Oliver GRAU was appointed first Chair Professor for Image Science in the German speaking countries at the Department for Image Science at DanubeU in 2005. He has received several awards and his publications are translated in 13 languages. Grau’s book “Virtual Art”, 2003 is internationally the most quoted art history monography of the last decade (H-Index). Other publications: Mediale Emotionen (2005),
MediaArtHistories (2007, Imagery in the 21st Century, 2011. His main
research is in the history of media art, immersive images, emotion and
immersion, the history of telepresence and artificial life and digital
humanities.

Grau gave keynotes at conferences worldwide, including the Olympic
Games and the G-20 Summit and was founding director of the
MediaArtHistories Conference Series. He conceived new scientific tools
for image science, a.o. the first international archive for digital art
(ADA, since 1999) www.digitalartarchive.at
Since 2005 Grau is also head of the Goettweig’s Graphic Print archive
www.gssg.at 2014 he received a doctor h.c. 2015 he was elected into the
Academia Europea.