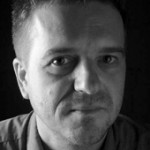 Born in Burgdorf (CH) in 1956. Studies in Art history, General linguistics and Philosophy. Electronic practice since the late sixties, photographic practice with own lab since 1972.

1978 co-founder of container-tv, a still existing video production company in Berne. From 1983 to 2001 freelance professional photographer and media technician. From 1980 to 1987 teacher in higher education (video). Computer practice since 1981.

From 2001 to 2011 professor of media restoration at the Hochschule der Künste Berne HKB, from 2002 to 2012 head of ActiveArchive, a project founded by the Swiss federal office of culture.

Since 2002 member of the competence networks in film and video of MEMORIAV. Since 2006 guest lecturer at the Akademie der bildenden Künste in Vienna. In 2008 Co-Curator of the exhibition “Reconstructing Swiss video art from the 1970s and 1980s”, Museum of Art Lucerne. Since 2009 Member of the Advisory Council of IMAP, New York.

Since 2011 head of the master’s program Conservation of New Media and Digital Information at the Stuttgart Academy of Art and Design. Several research projects (AktiveArchive 1,AktiveArchive 2, Analit,  Celtic+), and many contributions to international symposiums and workshops.