Archival Exhibition Practice, and the Sensory Experience of Film as an Obsolete Medium in the Context of Museum Spaces
Head of the Digital Repository Department at the National Film Archive in Warsaw,
Warsaw, Poland 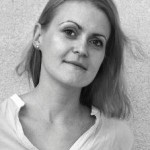 Elżbieta WYSOCKA, Head of the Digital Repository Department at the National Film Archive in Warsaw, Poland

She is a restorer, archivist and consultant. She was educated at the Academy of Fine Arts in Cracow in traditional methods of restoration and preservation, and at the Intermedia Department where she completed her Ph.D. in the field of theory and practice of fine art restoration in the era of digital media. She participated in research projects on film, video and net art preservation. Wysocka published the award-winning book Wirtualne ciało sztuki. Ochrona i udostępnianie dzieł audiowizualnych / The Virtual Body of Art. The Preservation and Access of Audiovisual Art (Polish National Centre for Culture, 2013).

As a Digital Repository Project coordinator, Wysocka has been responsible for overseeing the National Film Archive digital collection, for the supervision of digitalisation and restoration of film materials, among other things, and for the restoration of animated and experimental movies from the Animated Film Studio in Cracow and Se-Ma-For Studio in Łódź.